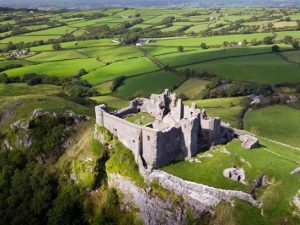 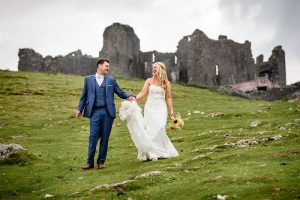 The story of Carreg Cennen Castle is a long one, going back at least to the 13th century. There is archaeological evidence, however, that the Romans and prehistoric peoples occupied the craggy hilltop centuries earlier (a cache of Roman coins and four prehistoric skeletons have been unearthed at the site). Although the Welsh Princes of Deheubarth built the first castle at Carreg Cennen, what remains today dates to King Edward I’s momentous period of castle-building in Wales.

By continuing to use the site, you agree to the use of cookies. more information